Please note: this profile was put up by Directory Admin with the express permission of EricIzMine’s group of betas and her family. For more information on EricIzMine please see our In Memoriam page and tribute to Angela Vaughn a.k.a. EricIzMine.

Places to find me – 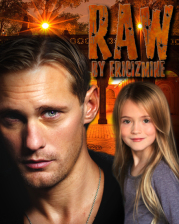 I think it’s safe to say this Alternate Universe has taken on a life of it’s own.

For anyone who’s discovered it later, Bored To Death is the original story in this collection of realities. It was the first one written and is the basis for the MultiVerse.

One commonly asked question is regarding what order to read the stories in…
Long story short, read Bored To Death (BTD) first, and just be sure to read In The Dark (ITD) before trying to tackle Nuclear Winter (NW). There isn’t a particular reason to worry about being ‘out of order’.

*Not all of the stories are romantic and happy.

Salt In The Wound

A little One Shot of pure, unadulterated venting… It’s all a joke. Not to be taken seriously.

A follow up ficlet for Salt In The Wound… This is just another joke, meant as nothing more than fun.

Where You Keep Them

An entry for the ‘Eric and His Great Pumpkin’ one-shot contest. In the SVM timeline, this story takes place shortly after DeCastro & Madden’s takeover. It actually didn’t make the cut because there weren’t any lemons, just sappiness.

An entry for the ‘Eric and His Great Pumpkin’ one-shot contest. A ‘What If’ that takes place after Living Dead In Dallas.

The Dating Game (A FicLet)

Eric and Sookie’s friends go to great lengths to put them together. Only two chapters.

The Alcide Herveaux from Saints & Sinners turned out to a popular guy…Best friend to Eric… New big brother type for Sookie… And one hell of a Dad…After a lot of requests for his take on things… That’s exactly what i’m posting.From the beginning.

Yesterday and today have a collision when a skeleton from Eric’s closet appears to turn his world upside down and rips him apart emotionally.

One thought on “EricIzMine”