I secretly live in these fandoms- TB cannon, though occasionally slip into SVM for a change.

I’ll fight to death for – Dean the dog.  He’s the only one who didn’t know where the hell he was, hence had the only good excuse for being involved in this mess.

You’ll get my updates – I’m a big, fat blue moon, peeps.  I appear out of nowhere, then disappear again.  I’d call me mysterious, but honestly, my muse is a contrary bitch and I’m like Peter Pan chasing her down and trying to stick her back on me with a bar of soap.  With predictable results

The word most used to describe my writing by others – Sexy and hot are often touted.

Languages I write in – Esperanto 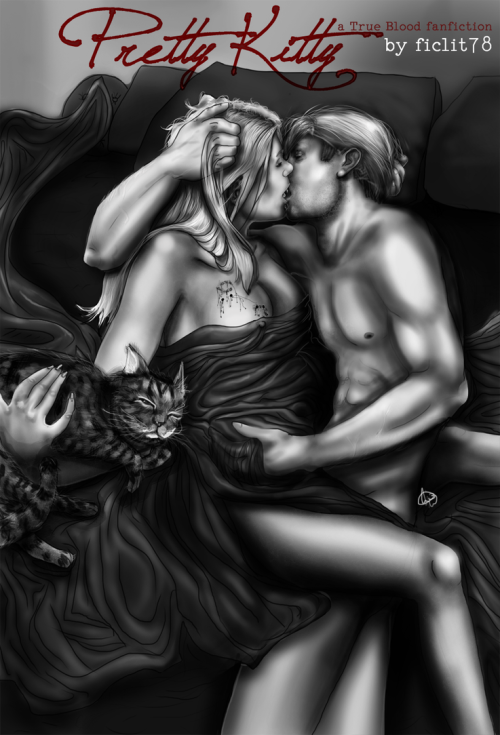 Throw Dirt in Your Sugar

Set in Who Are You, Really (06×01), this is a one-shot rewrite of Sookie and Eric’s walk home after she staked Bill to save him. In the show, she throws him out and they never see each other again for the whole season. This story? Well. Let’s just say it doesn’t end with our pair on either side of the front door with their clothes on. No, sireebob. Dedicated to Brutalfreeze.

Out With the New, In With the Old

Post Soul of Fire. Eric comes to Sookie after the seige at Moon Goddess. As he damn well should have in the show. Idjit…

Five, As Agreed Upon

Set in You Smell Like Dinner, Sookie and Eric’s little argument ends differently, with both of them coming to an agreement about Sookie getting her house back. Namely, an exchange. M, because cussin’ and sexin’ will occur.